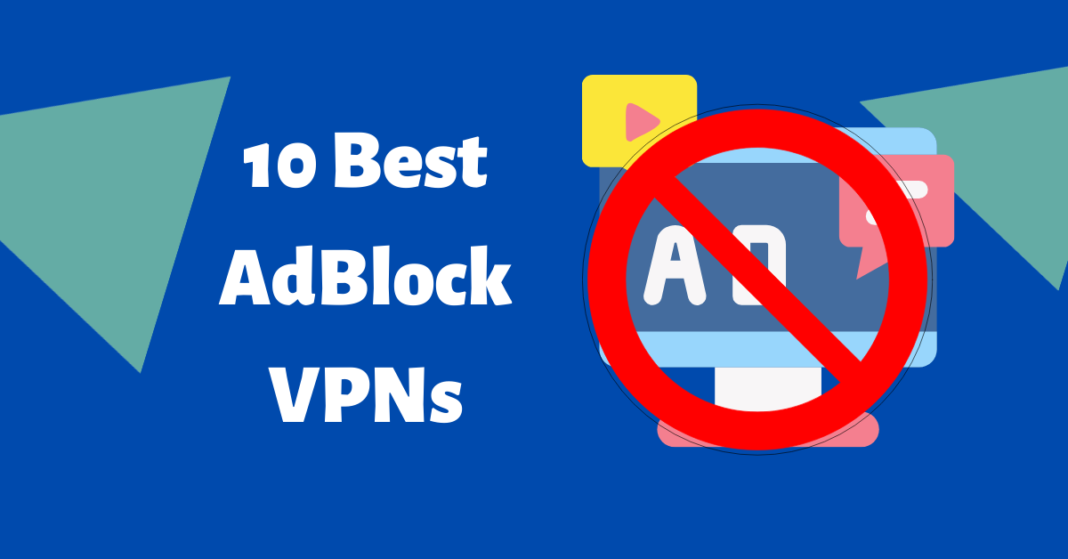 The best AdBlock VPNs guarantee your online security and privacy. Surfshark, NordVPN, and CyberGhost VPN are a few. Find out more in this post.

With an Adblock VPN, you get the functions of a VPN and an AdBlock all in one. Aside from being easier to use, going for an ad blocker VPN will save you money.

What Are The Best AdBlock VPNs?

What To Look For in the Best Ad Blocker VPNs?

Now, let’s get to the main topic. Listed below are the ten best AdBlock VPNs to opt for. Each has been individually tested to be reliable.

The first on this list is Surfshark’s CleanWeb: an easy-to-use and affordable AdBlock VPN. In fact, CleanWeb is one of Surfshark’s latest features and, indeed, will ensure a clean web browsing experience.

Surfshark CleanWeb has all the features you’ll need in an Adblock VPN. The new upgraded version of the extension will block ads and cookies and protect you against malware and online threats.

In other words, you get an ad blocker, pop-up blocker, data breach alert, and malware alert tool in one. With ads and pop-ups out of the way, you can browse faster and safer. You can also save money since ads consume browsing data.

You get strong AES 256 GCM encryption and a strict no-logs policy for the VPN. The highlight, however, is that you get more than 3,200 servers in 100 countries.

As mentioned earlier, Surfshark CleanWeb is affordable. You can purchase a Surfshark subscription for 24 months at 84% off. At that discount, you’ll be paying just $2.05 per month. 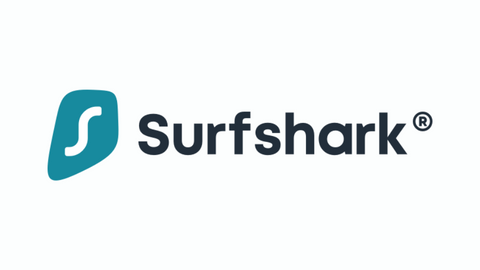 Try out Surfshark’s CleanWeb with a 30-day money-back guarantee.

NordVPN is popular in the VPN industry. And to cement its stance as one of the best, the VPN now has an AdBlock feature. Not just ads; it also blocks trackers and malware.

You can use NordVPN on almost any device. The AdBlocker VPN has apps for Windows, Mac, Linux, Android, and iOS.

If you want an option you can use on the go as you browse, NordVPN also has Chrome, Firefox, and Edge browser extensions. 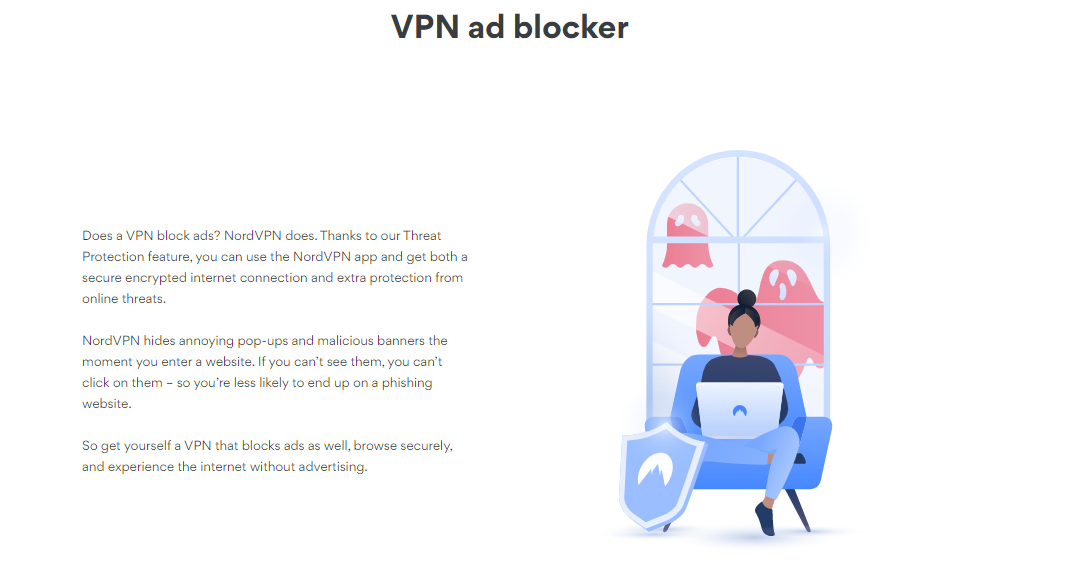 With NordVPN, you get a wide variety of servers to choose from. In particular, it has more than 5,300 servers in up to 60 countries. Notably, not all are regular VPN servers. Some are Obfuscated or Double VPN servers which offer an extra layer of security.

Thanks to NordVPN online threat protection, you get an ad and tracker blocker. With this, you can fend off intrusive ads, pop-ups, and tracker cookies. The result is a smooth browsing experience.

NordVPN also offers malware protection. As a result, the app will keep your devices free from malware-infected files and block malicious websites. 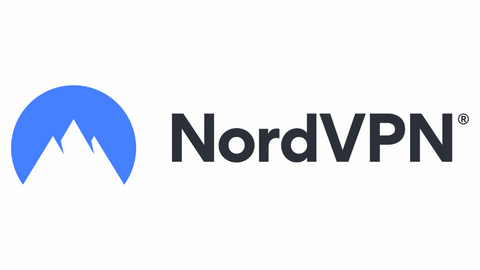 Get started with NordVPN with 68% off the Complete Plan.

Proton VPN is one VPN that prioritizes online security, privacy, and freedom. It’s a fast AdBlock VPN that supports many devices, including all the major ones.

It accesses every website you visit and every request you make, ensuring there’s no space for malicious actors to exploit. 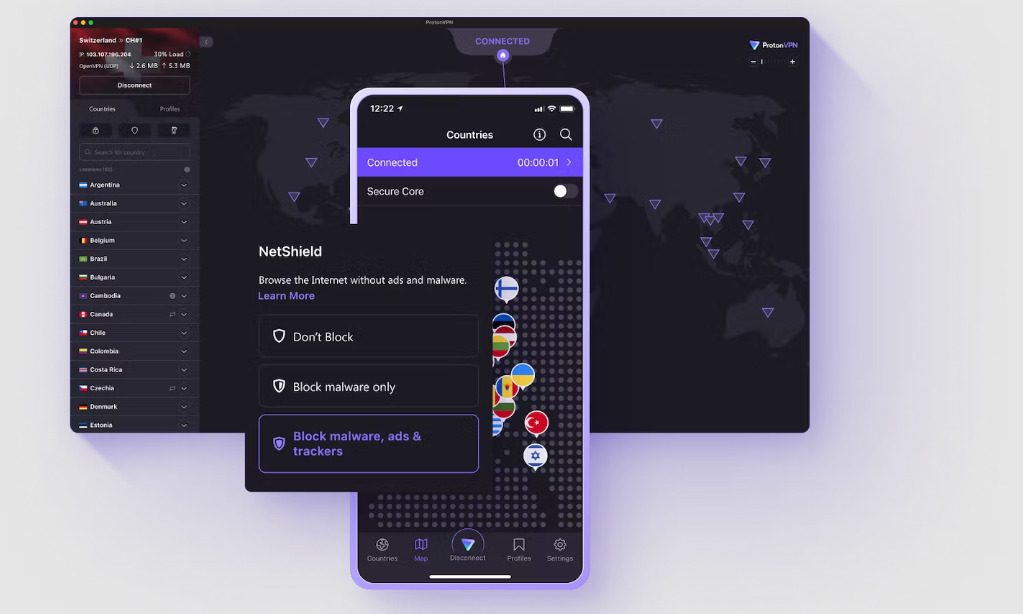 The primary advantage of using Proton VPN is speed. As noted earlier, the AdBlock VPN is fast, thanks to its high-speed servers running up to 10 GB per second. It’s worth noting that the servers have no bandwidth limit.

In addition, the VPN Ad Blocker comes with an Accelerator, which lets you browse even faster – up to 400% more.

This best VPN with ad blocker costs $9.99 per month. However, a 50% discount is available with the two-year plan, reducing the price to $4.99 per month. Also notable is that you can use the VPN for free, although with heavy limitations. 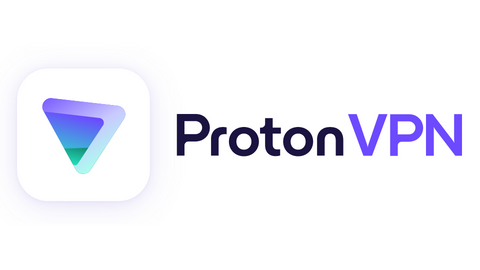 Use Proton VPN for free.

CyberGhost VPN is another well-known name in the VPN industry. To many, it’s the best VPN. So, it’s unsurprising that it ranks among the best AdBlock VPNs.

This VPN Ad Blocker comes with top-notch privacy tools that protect you from hackers, ISPs, and prying eyes. 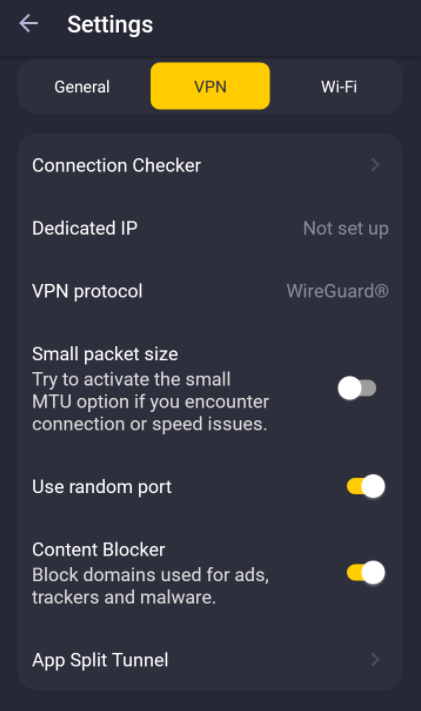 CyberGhost VPN prioritizes privacy, which is its main advantage. The VPN comes with features like split tunneling, multi-protocols, dedicated IP address, and a connection checker.

It also doesn’t fall short in terms of versatility, as the VPN has more than 7,000 servers. What more? CyberGhost VPN keeps no logs, and with strong privacy laws, they stop others from tracking you.

You can count on the CyberGhost customer support team if you need any help with the VPN or content blocker. They’re available at any time via email and live chat. 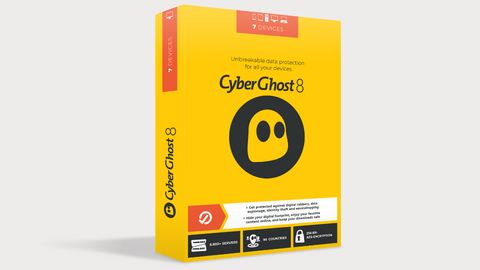 Here is another best VPN with ad blocker. Atlas VPN boasts of being a security shield against all online dangers.

With the SafeSwap Servers and SafeBrowse features, it’s hard to argue otherwise.

There are many other notable features that make Atlas VPN one of the best AdBlock VPNs.

Atlas VPN stands out from other VPNs with its SafeSwap Servers. These servers allow you to browse the internet with multiple IP addresses simultaneously. It’s a super helpful feature for streamers and gamers.

SafeBrowse, the Atlas VPN Ad Blocker, will further protect you from online threats. It identifies malicious websites and stops you from accessing them.

Subsequently, it protects you from phishing, spyware, ransomware, and crypto-jacking.

If you plan to use a VPN Ad Blocker long term, you can save money with Atlas VPN. You can pay for the three-year plan at just $1.83 per month. 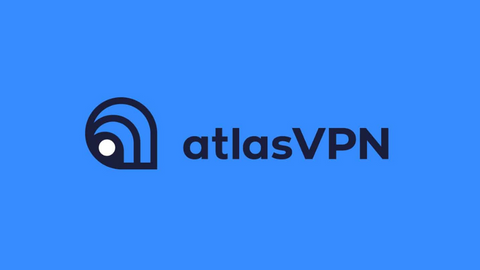 Get Atlas VPN for more anonymity while streaming.

Most VPNs and Ad Blockers you’ll find are proprietary. However, Private Internet Access is different, as it’s 100% open-source.

Despite being open source, Private Internet Access VPN remains one of the best, with over 15 million customers. You can also count on the VPN’s Ad & Malware Blocker. 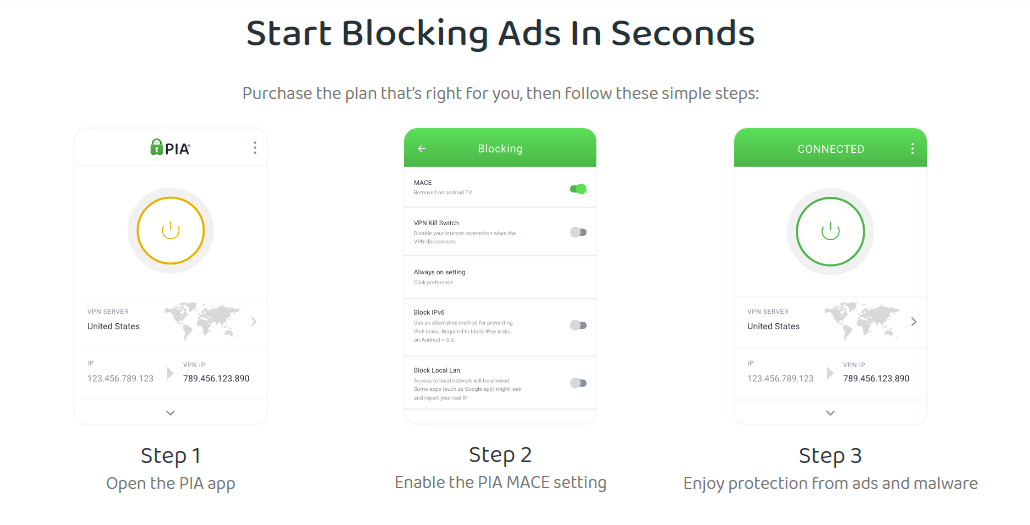 Much attention goes to the PIA Ad & Malware Blocker, known as MACE. It’s a tool that ensures you don’t fall victim to dangerous websites.

MACE works by returning the IPs of websites you visit, so they can’t track or display annoying ads. It’s a unique approach that makes Private Internet Access to stand out.

Private Internet Access VPN pricing starts at $11.95. But, like most others on this list, you get up to 83% off when you pay for three years with this best VPN with ad blocker. 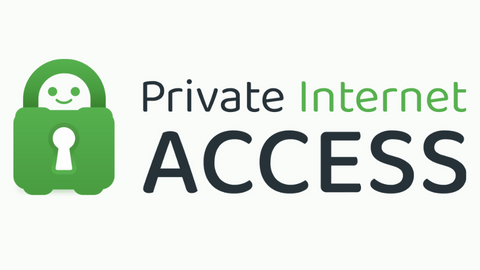 TunnelBear is popular as a free VPN. Indeed, it’s a free VPN you can trust not to track or log your data. This is commendable, considering how shady most free VPNs are.

Away from the VPN, TunnelBear also has a free and straightforward Ad Blocker known as BlockBear. You can use VPN and Ad Blocker on different platforms — although they come as different apps. The TunnelBear VPN and BlockBear Ad Blocker have free plans. Hence, they make a good choice if you’re on a low budget.

Despite the free plans, the VPN and Ad Blocker will protect you as well as any other. Another advantage of using TunnelBear is that the app is easy to use and fun.

With independent security audits and strong encryption, TunnelBear is reliably secure. You can always upgrade from your free account to a paid one, which costs just $3.33 per month if you pay annually. 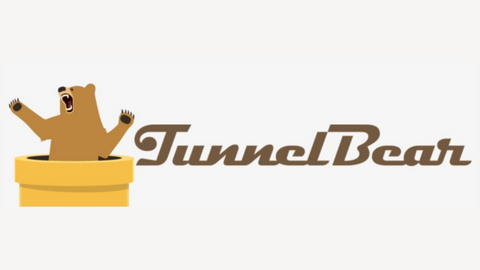 Another mention on our list of the best AdBlock VPNs is Ivacy.

Ivacy VPN has a presence in more than 100 locations. Collectively, there are more than 5,700 servers in these locations. So, it’s already a renowned and widely-used VPN service.

Another reason why Ivacy VPN is widely used is that it supports all major platforms. You can install the VPN with Ad Blocker on iOS, Android, Windows, and Linux. It’ll also work on Kodi, Xbox, PS4, Roku, and routers. 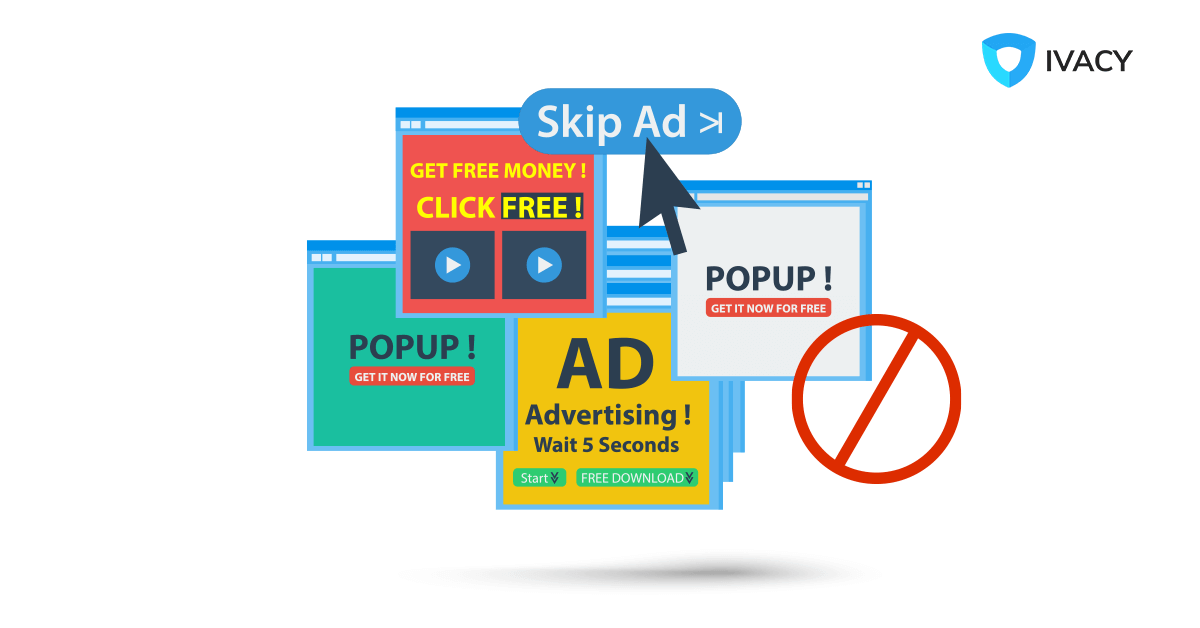 You’ll come across retargeted ads if you browse and shop for products a lot, and they can be annoying. Ivacy VPN focuses on helping you block such ads by masking your IP address.

Furthermore, Ivacy is the best VPN with Ad Blocker for long-term use. You can purchase the VPN for five years and save 90% off the monthly price. So, instead of $9.95 per month, you pay $1.00. 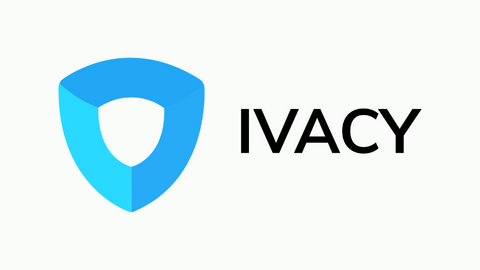 PureVPN is a popular VPN for streaming content on Netflix, Disney, HBO, and others. This is due to the VPNs large fleet of fast servers and its availability on all major devices. As the best VPN with ad blocker, PureVPN comes with a Content Filter tool. There are many positives to note about PureVPN. But the standout is the VPN’s server count. PureVPN has over 6,500 servers in over 96 locations and 78 countries.

You can count on PureVPN to unblock any website with this many servers. No matter where the website is hosted, there’s a high chance that the VPN has a server in the country.

The Content Filter may be a bit difficult to configure, but there’s a laid-out guide to walk you through. The VPN with Ad Blocker costs $10.95 per month, but you can get it for $3.24 if you pay annually. 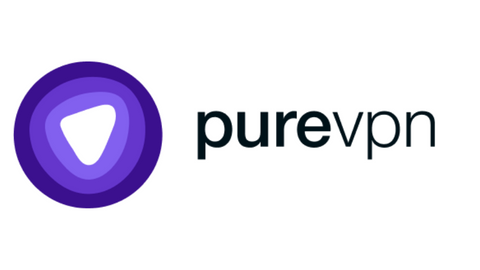 Last but not least on our list of the best AdBlock VPNs is VyprVPN.

VyprVPN has all the features of a secure and private VPN. It’s popular among mobile users thanks to its easy-to-use Android and iOS app.

With DNS leak protection, the VPN will prevent ad trackers from stealing your data. However, a native AdBlocker tool is in the works. 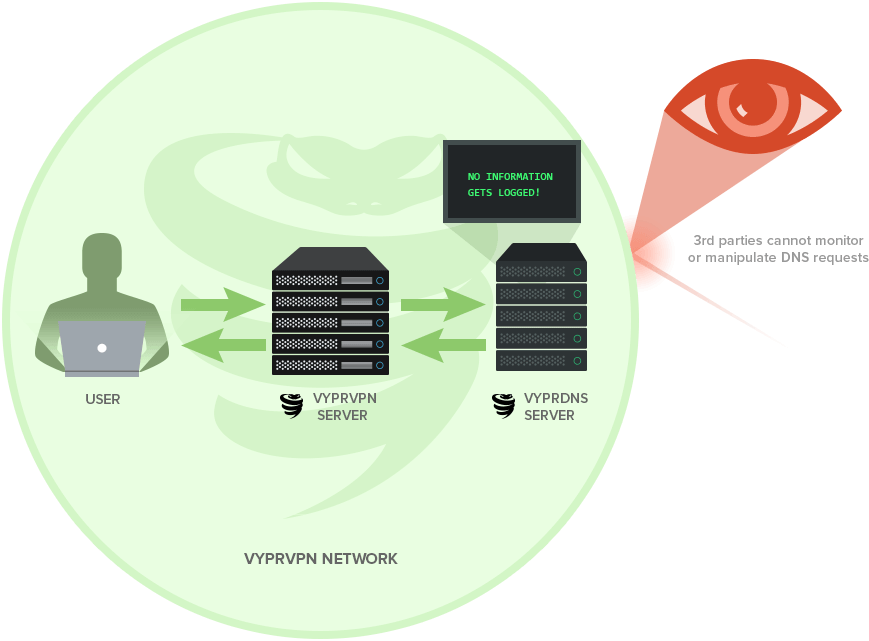 Many VyprVPN users commend how easy the mobile app is to use on Android and iPhone. As a result, it’s a good option if you need an AdBlocker VPN on mobile.

The top-notch security and privacy features are also worth noting. And you can use the VPN on up to ten devices at a time. The VPN is available for $5 per month if you pay annually. If you pay monthly, the price is $10. 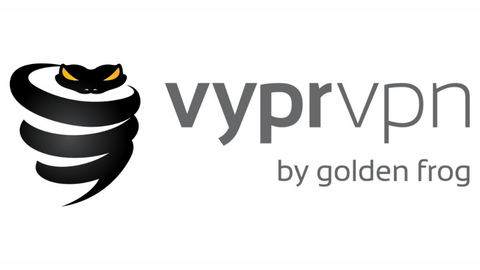 Get VyprVPN from your mobile application store.

Here are answers to some frequently asked questions about AdBlock VPNs.

Using an Adblocker is not illegal as it is similar to skipping them. Hence, you won’t get into trouble with websites whose ads you restrict.

A VPN alone may not be able to block ads on YouTube. However, with any of the best VPNs with AdBlock listed in this article, you can block YouTube ads easily.

How Does an Adblocking VPN Keep Me Secure?

An AdBlocker VPN keeps you secure by masking your real IP address. This keeps you from prying eyes on the internet and allows you to browse the web without restriction.

In addition, the AdBlock functionality will block malicious ads, which hackers use for phishing, among other cyber attacks.

How Does a VPN With Adblock Secure My Privacy?

A VPN with AdBlock secures your online privacy by not keeping logs of your data and blocking websites from accessing them. Also, it’s difficult for anyone to track you on the internet when your main IP address is hidden.

Do I Need an Adblocker and a VPN?

Yes, you need an AdBlocker and VPN if you care about your online privacy and security. However, instead of spending separately on an AdBlock and VPN, it’s better to get an AdBlocker VPN.

Not all VPNs come with Ad Blockers, and a VPN without an Ad Blocker falls short. You don’t have to use such VPNs without Ad Blockers when there are options listed in this article.

Any of the 10 best AdBlock VPNs discussed will make a good purchase. It depends on your needs, budget, and preference.

Among all the entries, Surfshark stands out as the best AdBlock VPN thanks to its CleanWeb functionality. Not to mention, it is relatively affordable at just $2.04 per month. Also, it supports modern web browsers like Google Chrome, Microsoft Edge, and Mozilla Firefox.