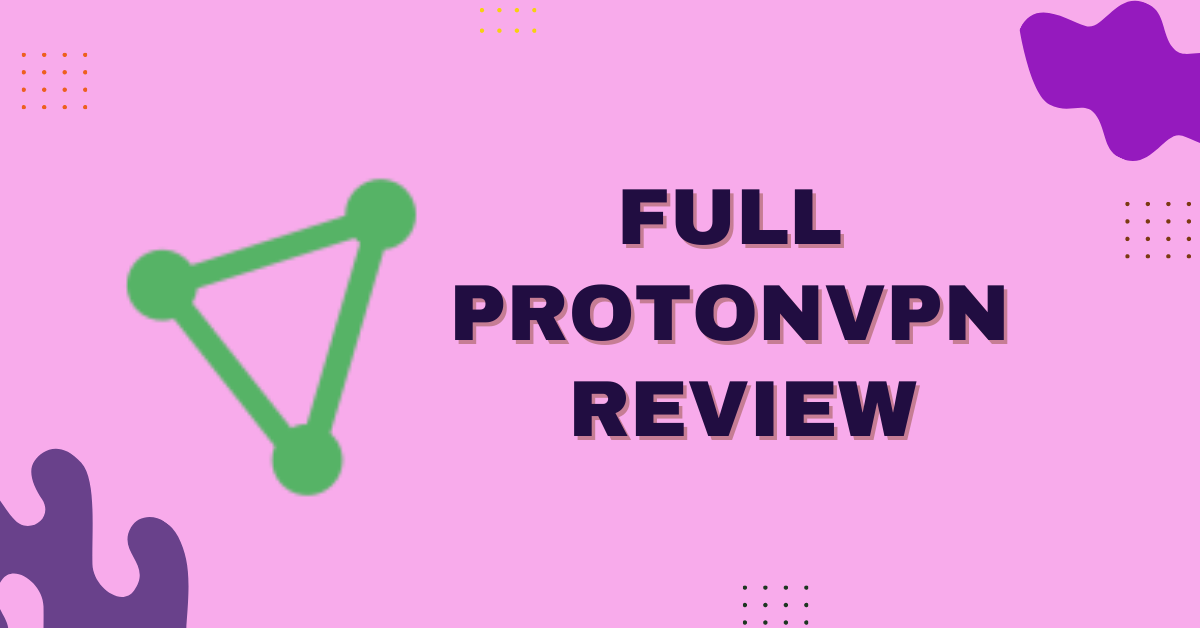 Have you heard about ProtonVPN? Check out this ProtonVPN review before making a purchase decision.

This is a complete review of ProtonVPN, a Swiss-based VPN service provider reputed for transparency and high security.

If you’ve heard about ProtonMail, then your guess is right. ProtonVPN is a sister service provided by Proton Technologies AG, established in 2014 in Switzerland by a group of Nuclear Scientists who met at the European Center for Nuclear Research to create one of the world’s most secure email and VPN services for Journalists and activists.

VPN means Virtual Private Network. It is a private server or network created to secure internet connections, protect users’ privacy and data traffic, and bypass internet restrictions and geo-blocking designed to deny users access to some information or services.

When connecting to the internet via a VPN, the VPN stands as an intermediary server between your device, your Internet provider, and the internet.

If you’re connecting to the internet via a WiFi network, the VPN client scrambles your data and prevents Hackers and spies monitoring such WiFi connections from being able to harvest your data traffic.

VPN providers have their strong points, and ProtonVPN is no exception. ProtonVPN is focused on making its services transparent and providing the highest level of data security and online anonymity.

What Are The Benefits Of Using ProtonVPN?

ProtonVPN is headquartered in Switzerland, a country noted for its strong data privacy laws and neutrality. Switzerland is neither a member of the 5/9/14 eyes alliance nor a member of the EU or EEA; as such, it is exempted from the EU’s General Data Protection Regulation, which compels member countries to retain and share data.

Since ProtonVPN is based in Switzerland, it is under no obligation to keep or share users’ data. Hence, ProtonVPN is one of the few VPN providers transparent enough to observe a strict no-logs policy.

A secure VPN would be compromising speed for security; that’s not the case for ProtonVPN, which uses proprietary VPN accelerator technology to boost its VPN speed by over 400% of the local network. This is contrary to the belief that a higher server number translates to high VPN speed since ProtonVPN has roughly about a thousand servers or less, yet it offers speeds at par with some of the top VPN providers in the market.

ProtonVPN unblocks Netflix, Spotify, HBO, Disney+, etc., and censored sites. This is one of the core reasons for establishing ProtonVPN: giving journalists and activists access to censored information. Therefore, wherever you’re, you can enjoy geo-blocked multimedia services, and if you’re in a school or organization that blocks social media services, you can use ProtonVPN to bypass such network blocks.

ProtonVPN offers a free VPN service with unlimited bandwidth, high security, and no advert. However, users on this plan are limited to basic VPN services and access to 3 server locations.

ProtonVPN users can enjoy extra layers of data security by using ProtonVPN’s Tor feature. This routes users’ data through several layers of Tor servers before being channeled through the ProtonVPN server to protect Tor’s exit node where data is exposed and unencrypted.

ProtonVPN allows as many as ten cross-platform devices, including routers, to connect to a single ProtonVPN subscription; therefore, users can enjoy the ProtonVPN advantage across multiple devices and platforms.

Blocks ad: ProtonVPN uses NetShield to block ads, malware, and trackers. You can choose to turn off this service.

ProtonVPN uses the kill switch technology to prevent data spillage by instantly disconnecting you from the internet if your VPN connection accidentally trips off.

ProtonVPN’s split tunneling makes it possible for you to exempt local apps and data traffic from VPN connection. i.e., you can choose what apps and services on your device connect to VPN.

For this ProtonVPN review, we evaluated it based on several criterions.

Downloading, installing, and navigating the ProtonVPN client was easy without requiring any technical knowledge or expertise. ProtonVPN has an intuitive user interface with well-laid out features for easy connectivity, server switch, split tunneling, etc.

Our team used leak testing tools like browserleaks.com, ipleak.net, hideme.com, etc., to test for WebRTC, IPV6, and DNS leaks; there was no IP address or other information leak detected with ProtonVPN.

Irrespective of your country or location, users can access any online content or services (China is an exception to this).

Although, ProtonVPN has an FAQ page to help users solve issues they might experience, ProtonVPN’s customer support service is slightly above average because the only channel of contacting support is using ProtonVPN’s support form. 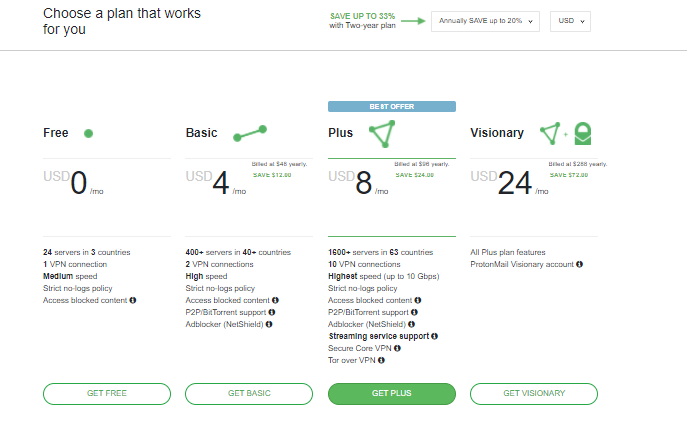 ProtonVPN has a 4-tier pricing plan for monthly, yearly, and 2-year subscriptions.

Editor’s Note: For this ProtonVPN review, we subscribed for its highest pricing plan for extensive testing.

A Final Word On The ProtonVPN Review

Summing up this ProtonVPN review, you can see that it stands out for its security, no-logs policy, speed, and censorship bypass.

It enjoys 5-star ratings on Trustpilot, Reddit, and other review sites, hence making it a credible VPN you should consider if you’re searching for a trustworthy VPN with an extra security layer, zero-data logging, and blazing speed.

If you’re not convinced enough, you can try out ProtonVPN’s free version, which offers users unlimited bandwidth connectivity with no ads.

Abraham Faisal
Abraham is a professional content writer from Leiden, Netherlands. He has a strong passion for online privacy, cybersecurity, and blockchain. Also, he is an advocate for online privacy.
RELATED ARTICLES
Editor's Pick

Best VPN For 2023: Top Picks Reviewed by Our VPN Experts