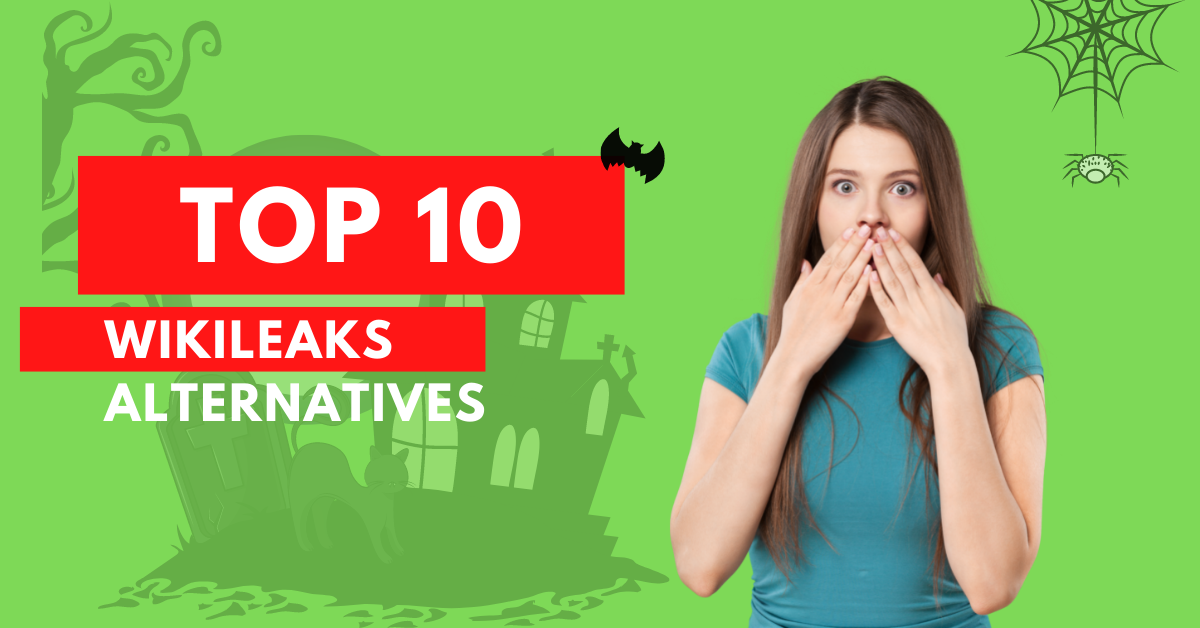 WikiLeaks has been one of the best-known websites that consistently leaked censored materials on war, corruption, and spying not intended for public consumption. In the first 10 years of its release, it published more than 10 million documents.

WikiLeaks is a non-profit multinational media organization that publishes classified media and news leaks gotten from anonymous sources. It was founded by Julian Assange in 2006.

In essence, WikiLeaks analyzes and promotes large datasets of official or restricted documents on corruption, war, and spying.

Many websites have thereafter followed in WikiLeaks’ footsteps and are doing well to expose to the public different censored materials on the secret practices of the government and other institutions.

The tremendous success of WikiLeaks in blowing the cover over secret materials has led to the rise of several other similar websites with similar aims of exposing corruption and unethical practices in institutions and organizations. 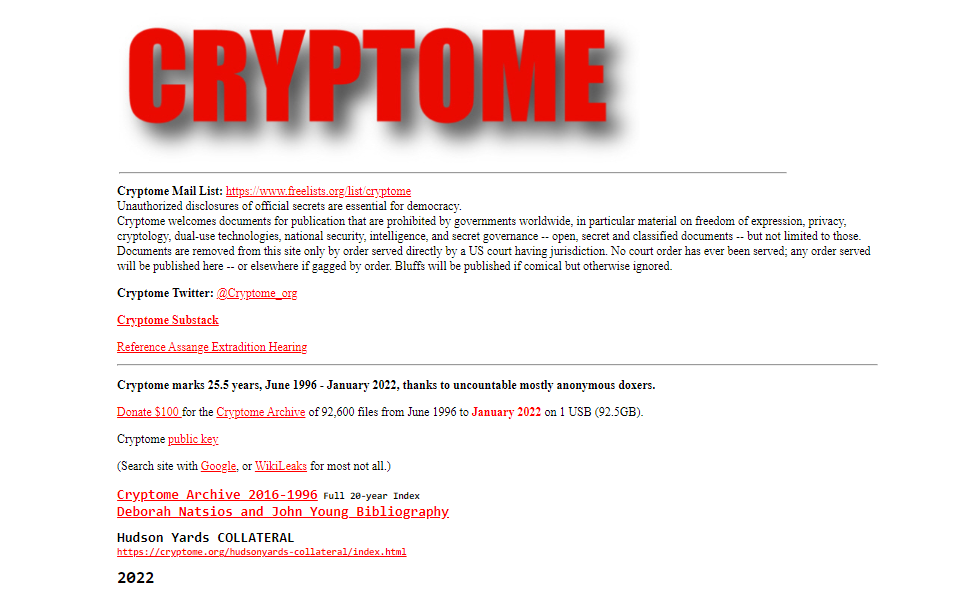 Cryptome was founded way back in 1996 by John Young and Deborah Natsios to fight for the freedom of speech of citizens and individuals. The website focuses on leaking methods used by governments and corporations to spy on individuals and citizens.

The website has photos and names of suspected M16 agents and US soldiers killed in Iraq. Cryptome.org was shut down after publishing a 20-page Microsoft document revealing how the US government can access Microsoft’s private data belonging to its customers worldwide.

However, Cryptome is active at the moment. 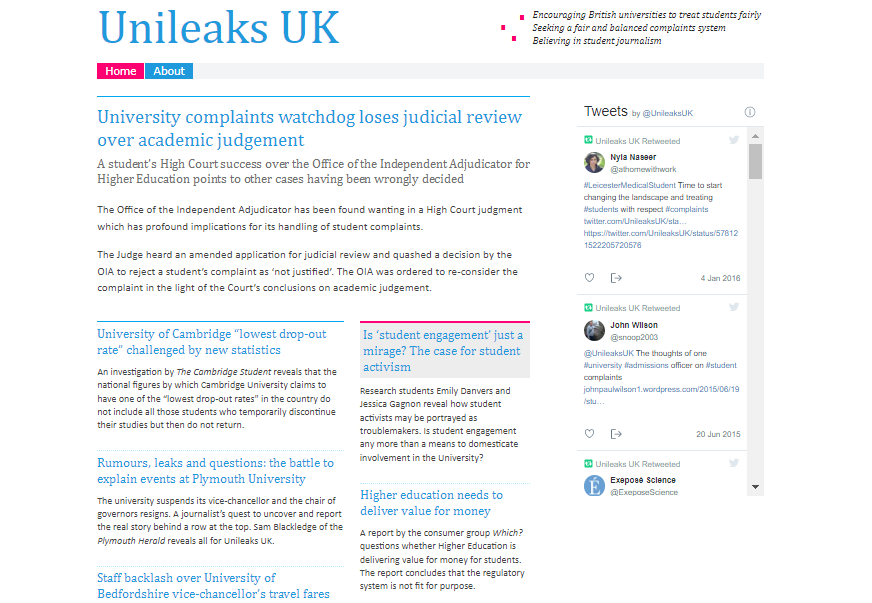 From its name, Unileaks focuses on exposing the corruption and scandals happening in tertiary institutions across the world.

A group of unknown Australians founded Unileaks.org to promote transparency in tertiary institutions. They believe the public has the right to know how institutions spend funds and the reasons behind the decisions made.  Their motto is ‘keep education honest.’

Although there have not been any sensational leaks from the website, individuals interested in the happenings within the tertiary institutions keep their eyes open in the hope of a major newsbreak from the site.

GlobaLeaks is a free and open-source whistle-blowing software that allows you to start your own  secure WikiLeaks site.

It has a repository of nodes (servers) that stores and shares information amongst itself. This makes it difficult for the government to shut it down since the leaked information is held on multiple nodes that are difficult to trace. 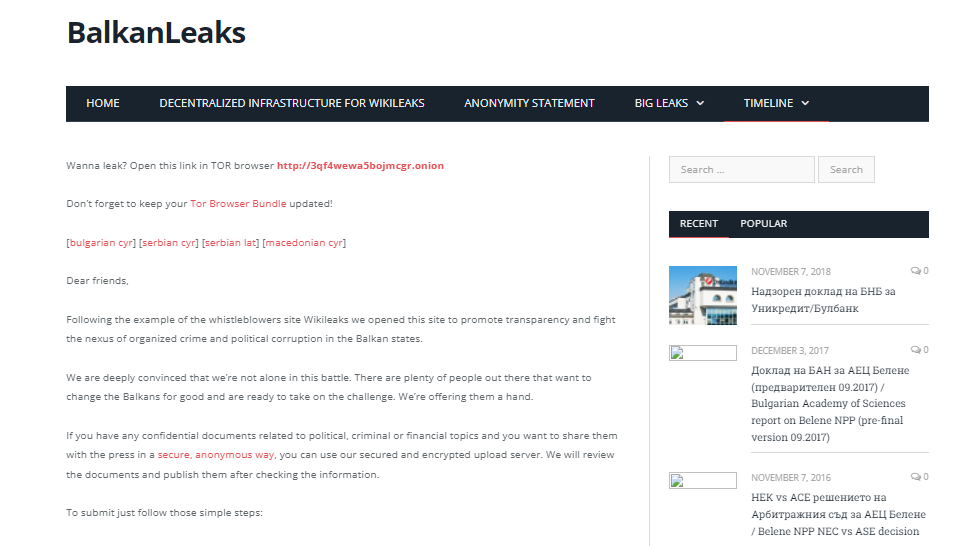 BalkanLeaks.eu was founded by a Bulgarian Journalist living in Paris. The site is modeled after WikiLeaks, but it thoroughly checks and reviews censored materials before publishing.

Unlike WikiLeaks, the site focuses on exposing organized crimes and corruption as is stated in its motto: ‘the Balkans are not keeping secrets anymore.’ 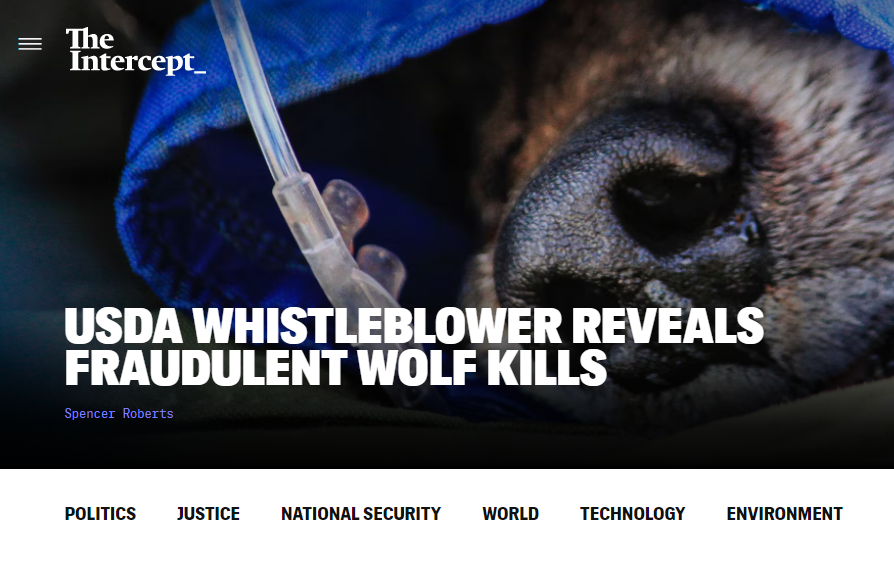 One of the top similar sites like WikiLeaks is The Intercept.

The Intercept is a nonprofit American news organization that uses adversarial and fearless journalism to hold people in authority accountable. It was funded by Pierre Omidyar, the co-founder of eBay, in 2014 and founded by Glenn Greenwald, Jeremy Scahill, and Laura Poitras.

The Intercept, like WikiLeaks, gives its journalists the legal support and editorial freedom to provide materials on corruption and injustice that focus on politics, war, surveillance, technology, the media, and so on. In 2016, The Intercept started publishing in Portuguese and still publishes in English. 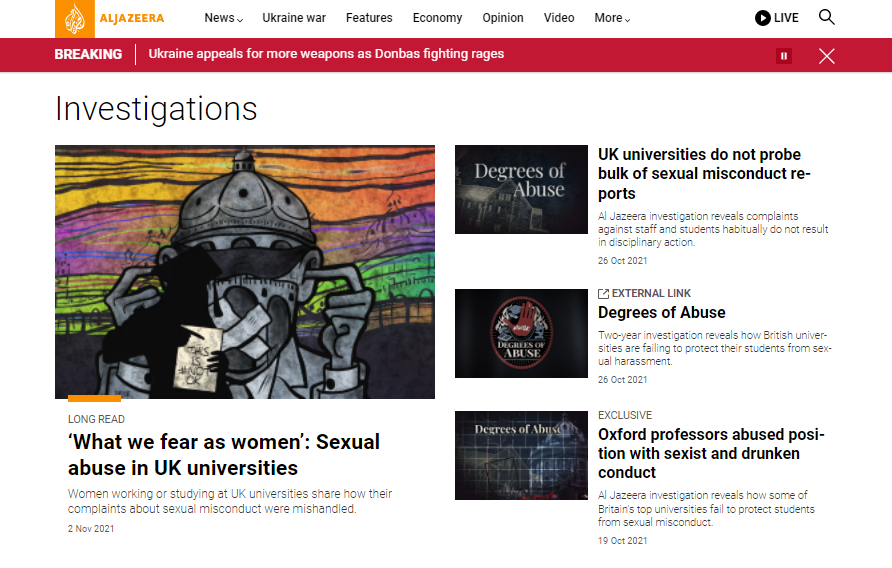 Aljazeera publishes censored or sensitive materials on its ajtransparency.com website. Whistleblowers from the Arab world and other parts of the world submits censored materials bothering on corruption, crimes against humanity, etc. to Aljazeera, which screens such materials before making them available on its AJTransparency website.

The website lives to its name by accepting credible content from people irrespective of their location, race, religion, or class. Its first sensational publication was ‘the Palestine papers’ containing over 1600 documents revealing negotiations between the Israeli and Palestinian governments.

Distributed Denial of Secrets, also known as DDoSecrets, prides itself to be a transparency collective and is sometimes referred to as a successor to WikiLeaks.

This WikiLeaks substitute was launched in 2018 as a nonprofit organization that ensures the free transmission of news leaks to the general public.

DDoSecrets does not allow any personal, corporate, or political support that would determine the way they publish or would require that they don’t publish necessary data to the public. DDoSecrets has published dozens of terabytes of data from more than 200 organizations. 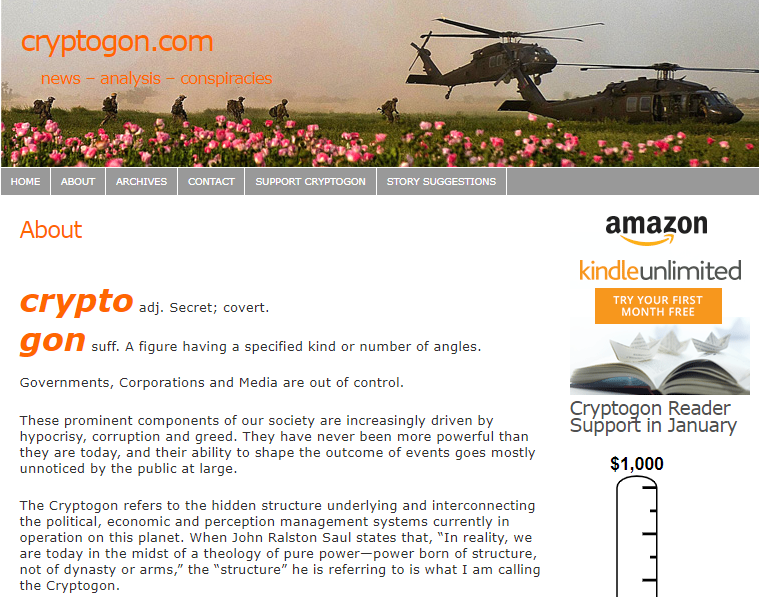 Another alternative to WikiLeaks is Cryptogon.

Cryptogon is a news leak website that interconnects the economic, political, and perception management systems that currently exist in the world. It was founded by Kevin Flaherty.

Just like WikiLeaks, Cryptogon, strives to disseminate information and perspectives that have been covered or ignored. It focuses on the government, media, and corporations, which are the prominent components of society and have been characterized by corruption, greed, and hypocrisy.

The website focuses on a lot of issues including covert operations, political assassination, drug and arms trafficking by state intelligence agencies, the behaviour of transnational corporations, propaganda and perception management, and the Bretton Woods institutions (IMF, World Bank, GATT-WTO).

Gab is an American social network that supports free speech, individual liberty, and also the free flow of information online.

Unlike other best WikiLeaks alternatives, Gab is a microblogging and social networking platform that also publishes news leaks.

It was launched publicly in 2017 but was founded in 2016. As an advocate for free speech, Gab houses users and groups that are not allowed on social media platforms. Its major content is however politics-related.

Snowden Archive is a web page that contains a complete collection of all the documents leaked in June 2013 by Edward Snowden, the former NSA (National Security Agency) contractor to journalists Laura Poitras, Ewen MacAskill, and Glenn Greenwald.

While WikiLeaks publishes contents gotten from anonymous sources, the Snowden Archive contains only documents that have been published in other sources.

Wrap Up: What Is The Best Wikileaks Alternative? 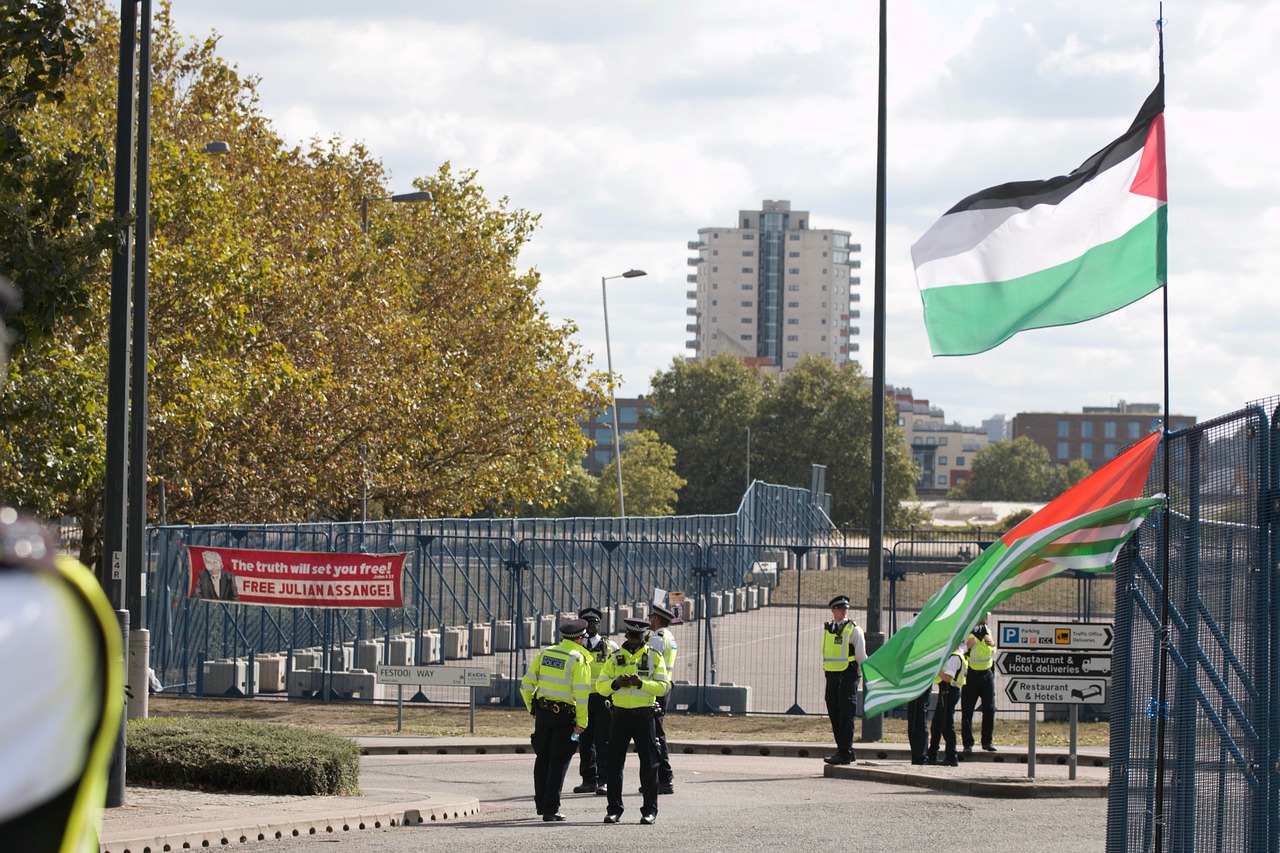 In our opinion, the best Wikileaks alternative is GlobaLeaks. Apart from being similar to WikiLeaks, they also allow users to create their own whistle-blowing platform. Plus, their content is available in 30+ languages, and they have an accessible onion (tor) site.

Without whistle-blowing platforms, the world wouldn’t know what goes on around them, in their government, and in other institutions. These websites have been credited in the past for giving voice to the voiceless, fighting corrupt individuals and organizations, and fighting for the freedom of speech of the masses.

All the WikiLeaks alternatives mentioned here are all non-profit websites set up to provide the public with authentic news leaks about necessary information that was hidden from them.

In today’s world where corruption and injustice can be found in all sectors, the importance of these websites cannot be underplayed.

With our list of the top WikiLeaks alternatives, you should be able to stay updated on the latest leaks in the digital world.

CHECK OUT: 8 Popular Types Of Cybercrimes In The 21st Century

Marie Beaujolie
Marie B. is a computer network engineer by day, and a versatile writer by night. She spends more time in Paris than every other city.
RELATED ARTICLES
Features