The Increasing Importance Of Cybersecurity In 2022 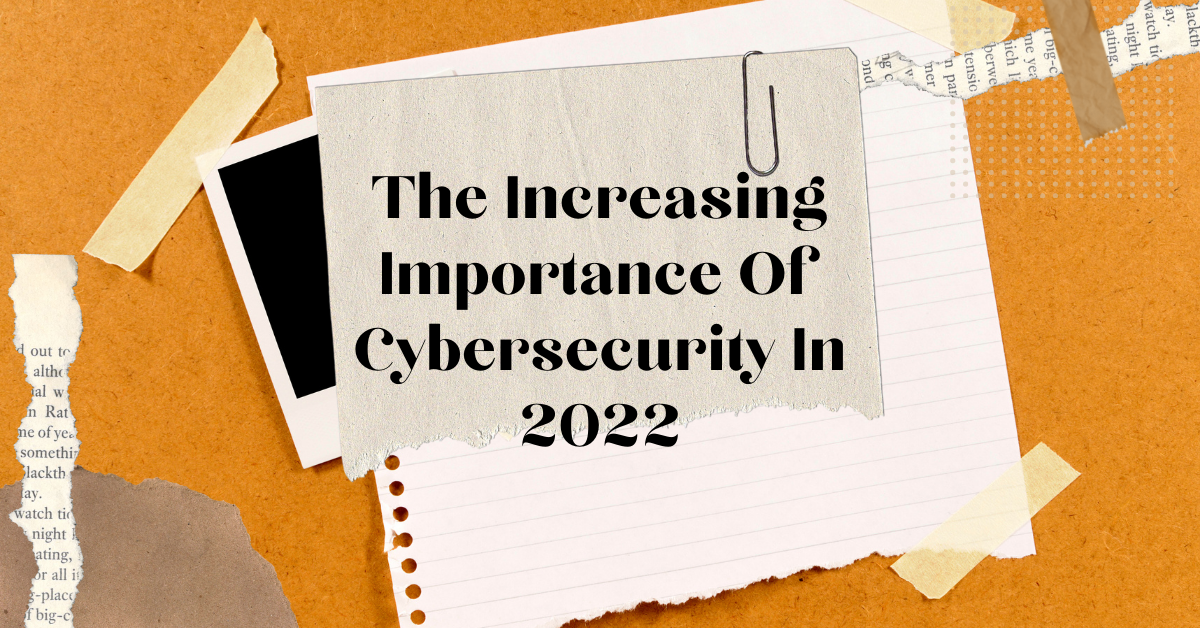 This article is all about the increasing importance of cybersecurity in 2022. Read on to find out more.

In today’s fast-growing technology and the recent rise of the COVID-19 pandemic, most people have their work and transactions conducted online. Yet, the issue of cybersecurity is something not many individuals seem aware of.

What Is Cybersecurity? The Rise Of Cybercrime

Cybersecurity is all about protecting your personal and sensitive information. It secures the digitalized network from cyber attacks to decrease data scams.

The data present in electronic form on computers and networks connected to the internet is vulnerable to malicious attacks by cybercriminals. Cybersecurity aims to provide security to smart devices, computers, and servers with sensitive data.

Almost every day, cybercriminals victimize people and companies in different ways. Hackers are often involved in obtaining access to sensitive data; they often change or destroy data to interrupt the business process. They also extort money from the users by stealing their usernames, passwords, and credit card numbers.

These are getting smarter and are finding new ways and methods to perform cyber attacks. These criminals are not only targeting computers and servers. Even power grids to aeroplane systems are on their radar.

With data breaches incidents becoming common, even the largest companies are becoming concerned about the matter and investing heavily to overcome their security vulnerabilities. As a consequence of the massive increase in cyber attacks with global consequences, the importance of cybersecurity is on the rise.

Governments worldwide are now addressing the issue seriously and are working together to fight against the menace of cybercrimes.

Whether it is about protecting personal data resulting in identity theft or safeguarding national secrets of governments’ cybersecurity plays a major role in protecting people, organizations, and governments from malicious cyber attacks.

Why Do Cybersecurity Hackers Target Businesses? 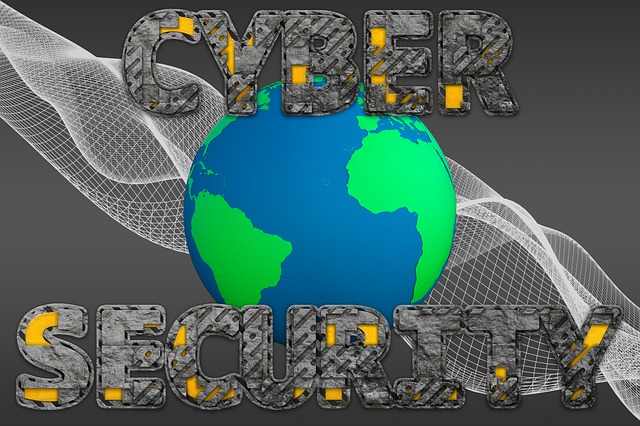 You can avail the services of EssayZoo.org if you are looking for pre written essays for your coursework on this topic, as it will save you much time. You can use that time to learn about this article and others for your presentation.

Whether it is a small business or a large one, they are all heavily dependent on connectivity in this digital world. This connectivity also exposes them to attempts of numerous cyberattacks by cybercriminals. These criminals target sensitive data on networks and can destroy any business.

Businesses are typical targets for hackers as they gain multiple benefits from such attacks. Hackers often sell the personal information of business employees on the dark web. The dark web is a digital black market that any government does not regulate; hence these criminals can sell or share such data in this market.

The importance of information security is critical for businesses such as banks, investment, and insurance companies because they are a prime target of these criminals. If the hackers can find any weaknesses in their security, these organizations will be at the mercy of these sophisticated criminals.

Hackers also target businesses for destroying their reputations. Any company whose data has been a victim of a cyber attack is bound to lose the trust of its customers.

Many businesses ended as they suffered a major cyber attack and lost their reputation. These cyber-attacks can have both financial and political motives to ruin established businesses worldwide.

As businesses can no longer afford data breaches, that is why businesses all over the world are concerned about cybersecurity and have made it their top priority. Business organizations are now investing heavily in educating their staff as human error is often the cause of data breaches. Businesses are now complying with GDPR and other regulations to ensure cybersecurity.

They are no longer in the debate of the importance of cybersecurity but are implementing practical strategies to protect their organization against sophisticated cyber attacks. 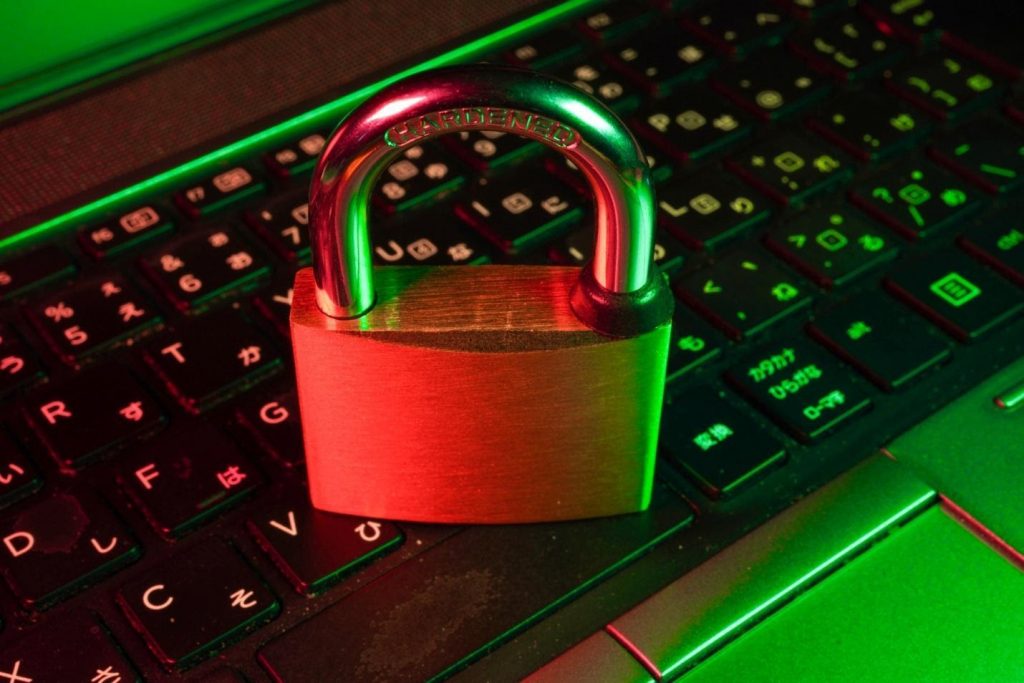 There is a greater demand for professionals in cybersecurity to reduce these malicious cyber threats. Cybersecurity can help reduce the ever-increasing cyber-attacks that are responsible for huge damage costs to companies all over the world.

How To Protect Your Organization Against Cybercrime 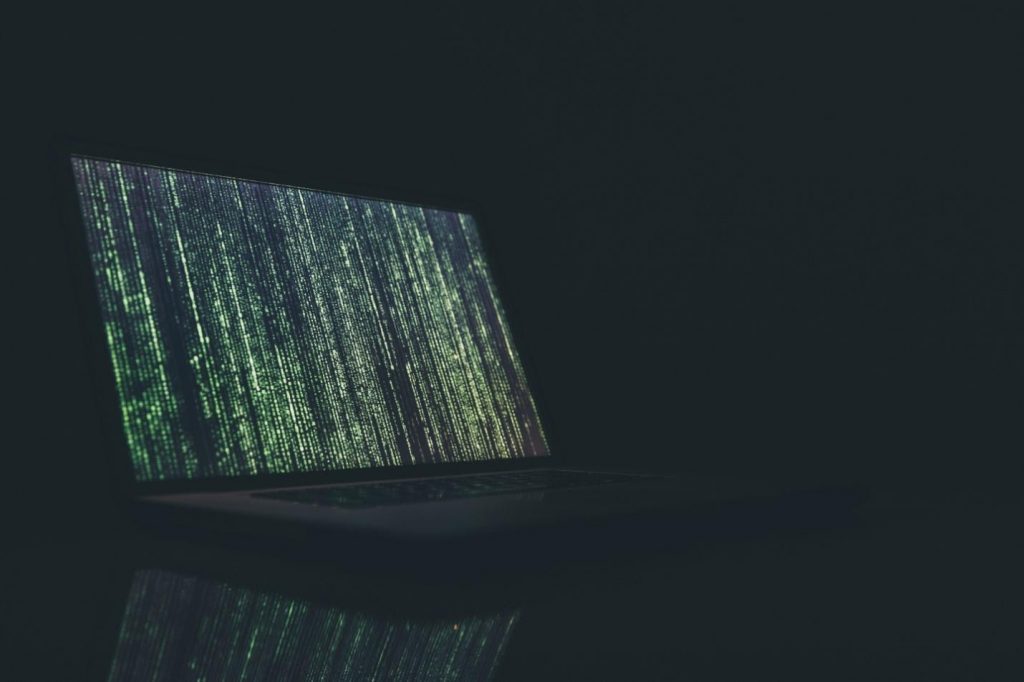 To protect your organization from cyber threats, you need to implement some practical strategies seriously. There is a need to raise awareness among your staff about cybersecurity. Most of the security breaches result from a lack of awareness about cybercrimes. You should train your staff to identify and handle social engineering attempts from cybercriminals.

During educational programs, you need to inform your employees that hackers can approach them. These hackers will pose as executives of companies and ask to provide sensitive information such as username or password through email or phone calls. In this way, these hackers will be able to do serious damage to the company. By educating your employees, you will reduce the threat of cybercrimes.

You will also need to invest in tools that limit information loss. These tools constantly monitor any data leaks or data exposures for you. By shutting down third-party vendor data leaks, you can avoid sixty percent of data breaches. Implementing these strategies can protect your company from a major setback.

If any organization does not properly address cybersecurity, the consequences can be pretty horrifying. Cyber attacks are not only a major concern for individuals, but it poses a serious threat to major businesses, the world economy, and nations as well.

There is a need for more unified attempts by the governments to strengthen cybersecurity and treat it as a global initiative.

What do you think about the increasing importance of cybersecurity?