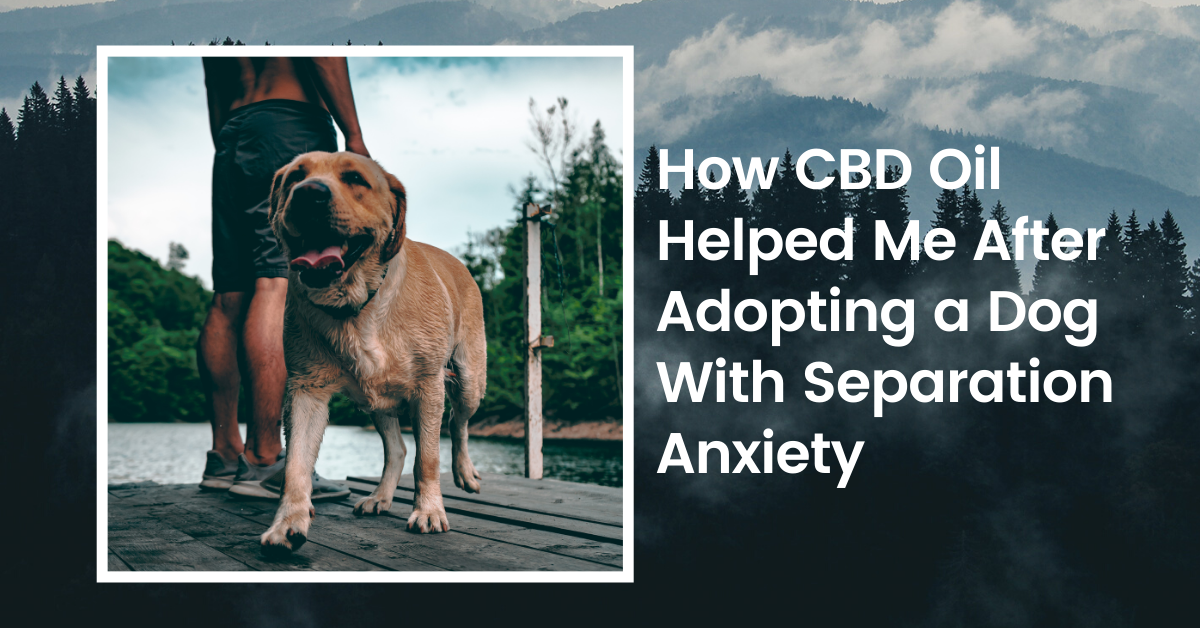 Here is my experience adopting a dog with separation anxiety and how CBD oil helped me.

Adopting a dog is an event that a lot of people have always wanted to experience. With the whole pandemic situation and the introduction of the quarantine and COVID-19 during 2020, a lot of people started to feel lonely because of their inability to socialize and meet their significant others, and this desire to have a companion, either big or small, only increased.

And, just so you know, there’s scientific proof showcasing the great mental health benefits having a dog, or any other pet, can provide to a person, as shown in this article.

Considering the awareness that COVID-19 brought to mental health, depression, anxiety, and loneliness, it is not a surprise that the idea of having a pet to fight loneliness became very popular, thus, a lot of people considered the idea of adopting.

I, myself, got encouraged by a friend as well since he knew how bad my situation was, mainly because I lived by myself. I eventually decided to give the experience a try and decided to adopt a dog, a senior dog that was kept in a shelter for a very long time.

It was a bulldog named Capitán, which means Captain in Spanish, and he was given to adoption because its owner had died and there was no one to take care of him. The story of Captain resonated with me, so I decided to give my best and take care of him.

However, not a lot of people know this, but a lot of adopted animals, especially dogs who used to engage in social activities pretty regularly, have a big chance of suffering from an affliction known as separation anxiety. And I will talk about my experience with you, so if you decide to adopt a dog that suffers from separation anxiety, you’ll have a solid idea of how to deal with the situation. 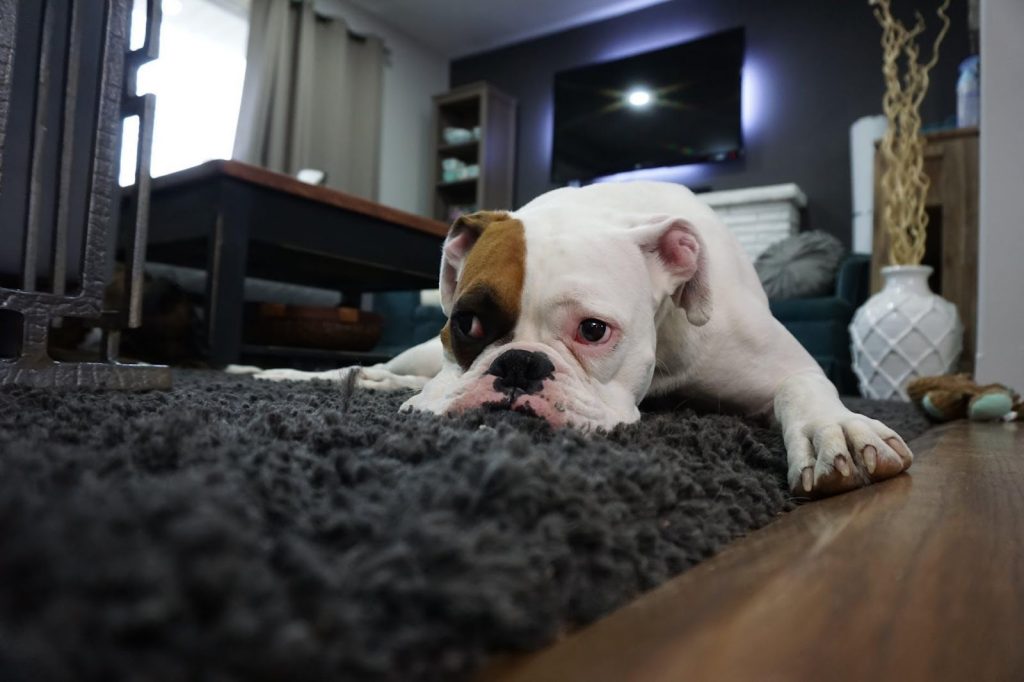 It is said that separation anxiety is the result of a combination of events, mostly stressful, burying its roots in the heart of the dog. It is considered a mental affliction because it causes a lot of distress to dogs once they are separated from their owners, the people they love and care for the most.

And as mentioned at https://pets.webmd.com/dogs-separation-anxiety, it is something that can cause them to act in very particular ways. Most of the time, the triggers to these behaviors include:

In the case of Capitán, it was a combination of losing its owners, changing houses, and ownership, which caused him to be very distressed and anxious during the first week. However, things got better once he got used to my house and my company, and I thought everything was settled… Until I decided to leave the house.

Let’s add some context to the situation. I work as a content creator, thus, I don’t really need to leave my house that often. Since the whole situation with COVID-19 got a little bit more manageable for a lot of countries, things definitely got better where I lived, thus we were able to leave our houses once again.

I had already been living with Capitán for quite a while, and whenever I had to leave the house, he would come with me. Mostly when I had to take him for a walk or do some groceries, which mind you, were always close to my house.

However… I decided to pay a visit to a friend of mine one day, and I had to leave Capitán alone in my apartment. When I came back… My house was a complete disaster!

Poop on the ground, trash all around the place, and scratched furniture. I must admit, for an old man like him, he definitely did a number on the house. So I decided to investigate, only to learn that separation anxiety is a lot more complicated than I initially thought.

As mentioned earlier, separation anxiety is an affliction that causes dogs a lot of distress when left alone. This distress, however, is capable of making them act chaotically and at times, even aggressive. Some good examples of behaviors showcased by a dog with separation anxiety include:

And Capitán was definitely showcasing some of these patterns. That’s when I knew I had to do something about it. 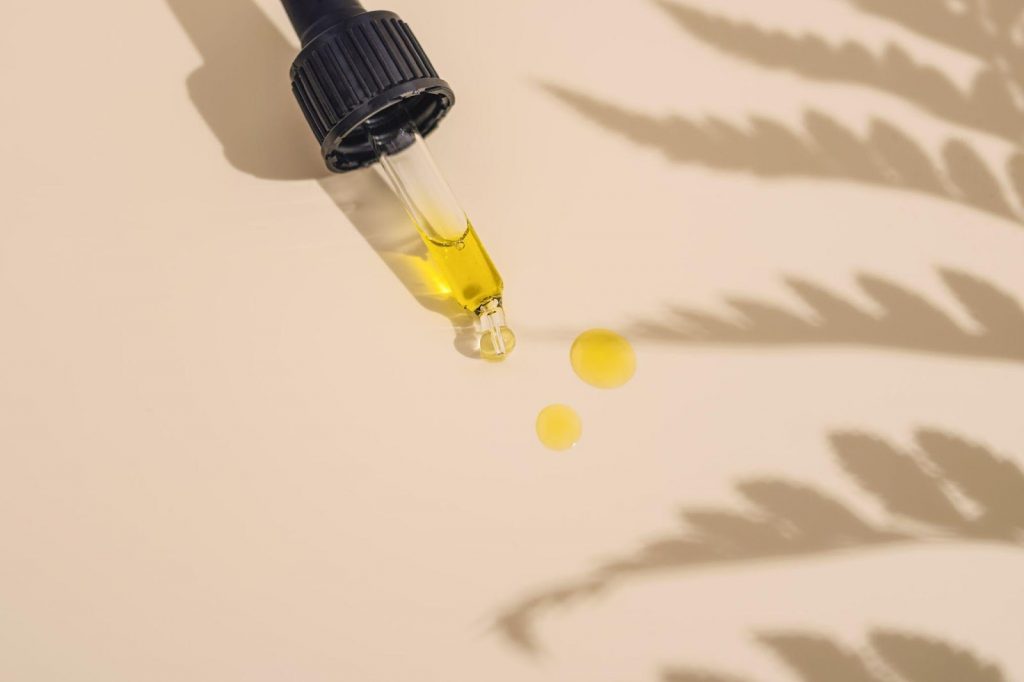 Apparently, according to my research, training is the most effective way of dealing with separation anxiety. Through training, you will help your dog understand that there’s nothing bad about being left alone, and there are two things you can do.

The first thing is to change the way you approach the situation and your dog. Don’t exaggerate when you leave the house or arrive, to make him feel at ease with the situation and help him remain calm. And secondly, try to slowly add some loneliness to their routine.

The effectiveness of it might depend on the gravity of the situation, since separation anxiety can differ in levels, from mild to intense. In the case of Capitán, I came to the conclusion that his affliction was intense, since he became a monster whenever I left.

That’s why I decided to add another trick up my sleeves: cbd for dogs, a very reliable way to keep a dog calm. CBD comes from cannabidiol, a compound that’s both used in animals and humans to help them remain calm, reduce inflammatory responses, and relieve pain.

A small dose of CBD oil was enough to make Capitán remain calm for a considerable amount of time, and with the help of toys, whenever I got home, I would find him either sleeping or calmly chewing on a toy. I also noticed that taking him for a walk and exercising before going outside helped quite a lot as well.

I must add that cannabidiol oil has helped me manage his anxiety to the point of facilitating his training until he reached a point where leaving him alone stopped being a problem anymore, and every now and then, I still use it, especially if a stressful situation is going to happen, like a visit to the groomer.

Nowadays, my coexistence with Capitán is better than ever, and now I am sure that I am providing him with the best life I can give, which makes me happy and motivates me to keep doing my best. Although rough, I wouldn’t change this experience for anything! 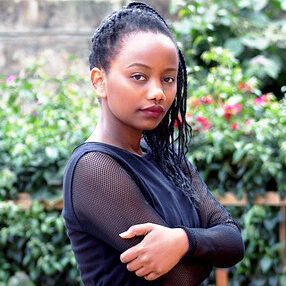 Marie Beaujolie
Marie Beaujolie is a computer network engineer and content writer from Paris. She is passionate about technology and exploring new ways to make people’s lives easier. Marie has been working in the IT industry for many years and has a wealth of knowledge about computer security and best practices. She is a regular contributor for SecureBlitz.com, where she writes about the latest trends and news in the cyber security industry. Marie is committed to helping people stay safe online and encouraging them to take the necessary steps to protect their data.
RELATED ARTICLES
Features

Why NFTs & Blockchain Are Important In Metaverse?